Blog
Home / Cultural Competency & Diversity / DNA and how does that relate to who I am?
Jan 17 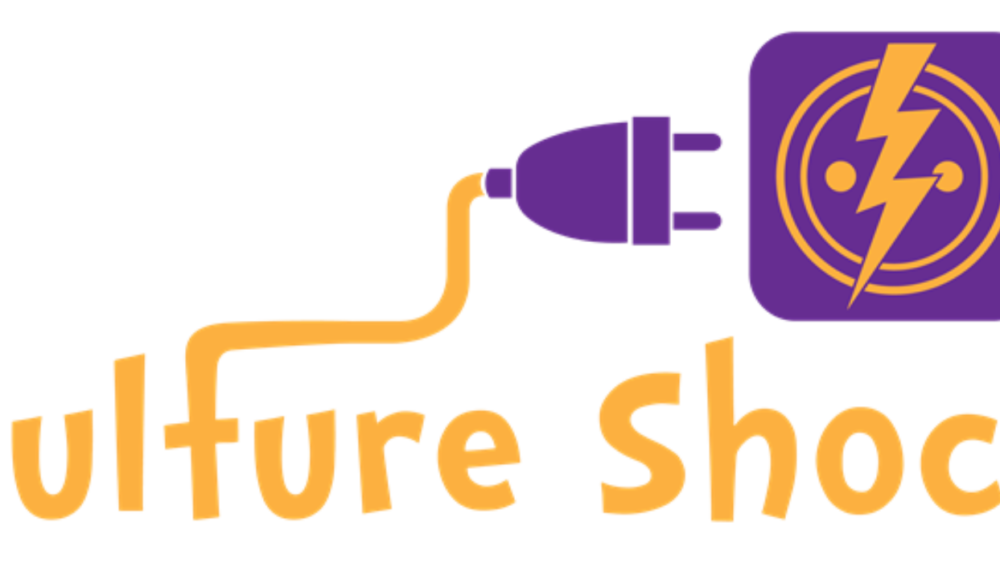 DNA and how does that relate to who I am?

SOME DEFINITIONS of Culture (Taken from https://www.tamu.edu/faculty/choudhury/culture.html )

Culture refers to the cumulative deposit of knowledge, experience, beliefs, values, attitudes, meanings, hierarchies, religion, notions of time, roles, spatial relations, concepts of the universe, and material objects and possessions acquired by a group of people in the course of generations through individual and group striving.Culture is the systems of knowledge shared by a relatively large group of people.

Culture in its broadest sense is cultivated behavior; that is the totality of a person’s learned, accumulated experience which is socially transmitted, or more briefly, behavior through social learning.

A culture is a way of life of a group of people–the behaviors, beliefs, values, and symbols that they accept, generally without thinking about them, and that are passed along by communication and imitation from one generation to the next.

Culture is symbolic communication. Some of its symbols include a group’s skills, knowledge, attitudes, values, and motives. The meanings of the symbols are learned and deliberately perpetuated in a society through its institutions.

Culture consists of patterns, explicit and implicit, of and for behavior acquired and transmitted by symbols, constituting the distinctive achievement of human groups, including their embodiments in artifacts; the essential core of culture consists of traditional ideas and especially their attached values; culture systems may, on the one hand, be considered as products of action, on the other hand, as conditioning influences upon further action.

Culture is the sum of total of the learned behavior of a group of people that are generally considered to be the tradition of that people and are transmitted from generation to generation.

Culture is a collective programming of the mind that distinguishes the members of one group or category of people from another.

I recently launched on a journey to know more about my heritage and cultural roots. 15 years ago I would not have given it much thought, but as the matriarchs of my family are getting older and their memories are fading, I wanted to make sure my children have some sense of who they are and where they come from. I should also say, my kids kept having these school family tree and I did not have enough answers. So, I have been asking questions and listening to the stories of the past. I have reached out to cousins and done a few web searches about my family. A friend of mine encouraged me to look into Ancestry DNA. I thought why not. It would give me scientific verification of what my parents told me and also help me to fill in the blanks at the point where the stories stopped. So I ordered the kit during the holidays; spit in the tube that I got in the mail; and waited eight weeks to see what my results said.

Maybe expected is not the right word, but this is kind of what I hoped for:

We all want to be “exotic” right? Most black people know that we aren’t pure African. That is a given, but most of us claim to have a touch of Native American blood. For years I was told that I was part Choctaw. I never knew who in the family had native blood, but I knew it had to flow in me somewhere. I did know my paternal great-great grandfather was white. My paternal grandmother looked white. I really figured that my European percentage would be pretty high. As far as the Asian blood, well some could say I have the beginnings of an Epicanthic fold that marks the eyes of many Asians. 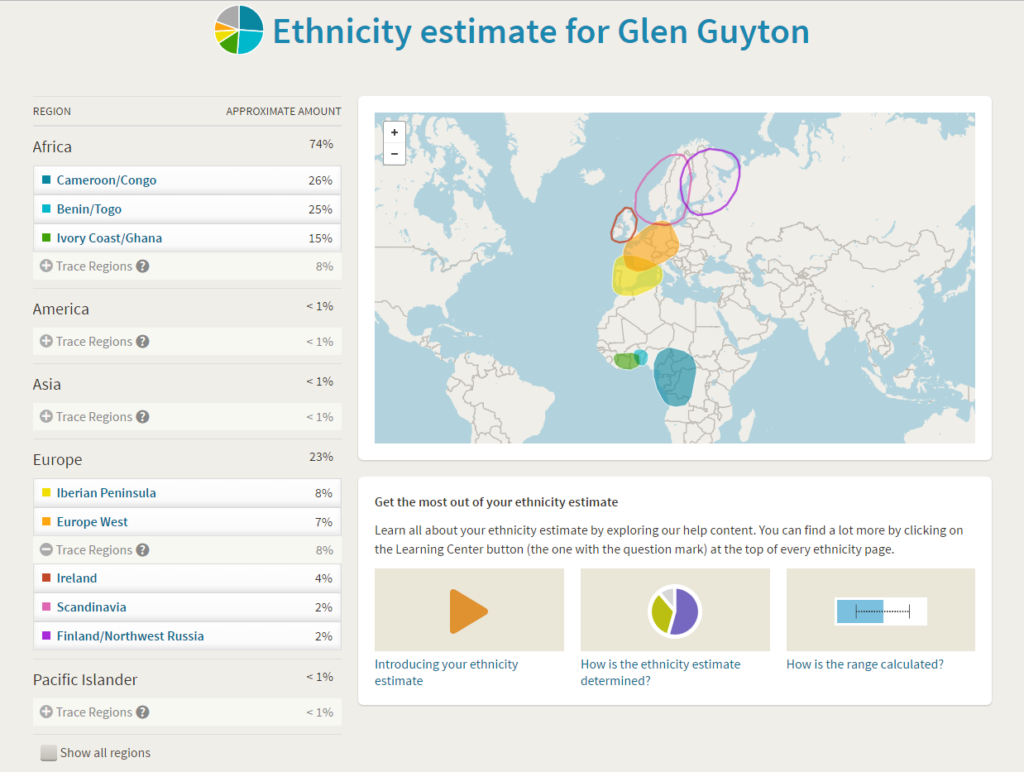 So here is the biological truth about who I am. 74% African, more pure than I ever thought, maybe because of the combination of both of my parents. I do have to wonder if the reason I am only 5’9 is because I came from the tribes of Cameroon/Congo where the pygmies are from. I am amazed to find out the Western European roots of my heritage. In my primary job, I work for the Mennonites, an Anabaptist group that originated in Western Europe. The members of the Mennonite community have a very strong Swiss-German heritage. As an African-American, I have often I have felt like an outsider, but who knows now. I might be a full-fledged blood Mennonite if that 7% is truly accurate. I can’t wait to let my co-workers know that I am officially in the family. Hopefully there won’t be a Guess Who’s Coming to Dinner speech.

As you see there is virtually no native blood in my system and only hints of an Asian heritage. I have a bit of Irish, but I definitely did not the red hair. So these are the results of my DNA, more a testament to the migratory pattern of my ancestors than a glimpse of who I am. Though I can’t help but wonder if my affinity for paella and the culinary arts come that 8% part of my Iberian peninsula DNA.

Hopefully this test and the online resources that come with it will help get in contact with my cousins who also took the test. I do want my children to have a sense of the complex set of circumstances that brought them into being, yet they are more than DNA sequences. Who they are is shaped by the culture they were born into and the cultural adaptations that our family has made over the years. Who they are is the sum total of their choices, successes, and failures. While the DNA experiment was fun, the stories of their ancestors will give them a better sense of their heritage. Sadly, the color of their skin may also shape how others initially perceive them.

Race and Ethnicity are simple constructs to help people understand the world. We are more than our DNA.

“There is not a single biological element unique to any of the groups we call white, black, Asian, Latino, etc. In fact, no matter how hard people try, there has never been a successful scientific way to justify any racial classification, in biology. This is not to say that humans don’t vary biologically, we do, a lot.  But rather that the variation is not racially distributed. If you don’t believe me, check it out for yourself by having a look at some of the references below. Seriously, there are no biological races in humans today, period.”—(retrieved from https://www.psychologytoday.com/blog/busting-myths-about-human-nature/201204/race-is-real-not-in-the-way-many-people-think)

I urge to take the test and uncover the stories that shape who you are.

Glen Guyton is a Qualified Administrator of the IDI and works with organizations looking to increase productivity and profitability through innovative leadership and intercultural competence.