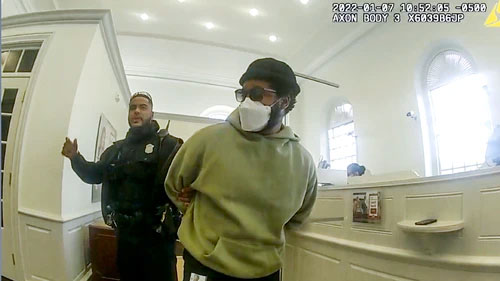 Understanding the Real Impact of Unconscious Bias in the Workplace

The Ryan Coogler banking situation1 appears to be a textbook example of unconscious and implicit bias at work. Yes, the teller and the police officer appear to be black. So, it couldn’t be racially motivated. Right?

Let’s talk about how bias plays out. People don’t understand how bias works and how it eventually leads to structural inequity and discrimination.

Unconscious Bias and the Individual

Before we have important facts, bias impacts how we see the world and people in our workplace through priming, associations, and assumptions.

First, our bias starts because of limited interactions with a group of people or certain situations. Something happens, and our brain starts to fill in the gaps. We start making connections that may or not be valid. Sometimes bias helps us make good decisions. Sometimes it does not. Priming, or the Priming Effect, occurs when an individual’s exposure to a certain stimulus influences their response to a subsequent stimulus without any awareness of the connection.

We keep records and build a discriminatory history of our success. We implement workplace policies and practices to justify our narrow bias. We ignore inclusive leadership principles and surround ourselves with “safe” hires.

Second, if we fail to recognize harmful associations based on our bias, we treat these negative assumptions as “normal.” So we create policies and procedures that confirm our bias. We operate as if our bias is the rule rather than the exception and our institutional behavior begins to confirm our biased expectations.

Unconscious Bias and the Organization

As bias systems grow unchecked, we have inequitable outcomes & racial disparities in our workplace.

We lose out on top talent, innovation, and access to diverse markets.

Finally, our biased assumptions and practices become part of an inequitable system. That is structural racism and discrimination. Bias is so deeply ingrained in our workplace’s “normal” operations that it functions on autopilot unconsciously. Women are never qualified to lead because they don’t check the right boxes. Black men are threats because their profile looks different. Disabled people can’t even apply because they can’t gain access to the physical location or the materials. People with English as a second language may score lower on assessments because of the “jargon” in our assessments or cultural references.

The result is repeated alienation of marginalized groups and problematic occurrences akin to what happened to Ryan Coogler. Was it racially motivated? I am sure that was not the intent, but this is the reason organizations need workplace DEI training. Your goal isn’t just putting diverse faces in problematic systems. You want to transform systems and ingrain inclusive practices into your workplace culture. I promise in the long run, it will be worth the investment.

What is the difference between unconscious and implicit bias?

Implicit bias and unconscious bias are similar, and often the terms are used interchangeably. Implicit means: implied though not plainly expressed, whereas unconscious means: not conscious or not aware, not having knowledge of something or not sensitive to. According to one report by Cornish Consultancy Studies in the United Kingdom, “Implicit bias refers to the same area [as unconscious bias] but questions the level to which these biases are unconscious, especially as we are being made increasingly aware of them.”

Unconscious Bias refers to a bias of which we are unaware. It occurs automatically and is largely influenced by past experiences and environmental factors related to our cultural upbringing and other formational incidences, like a not-so-great run-in with a Tasmanian devil.

Implicit Bias is a normal, natural, and often unavoidable process that is directly related to learning in terms of “nurture” and instinct in terms of “nature.” In some cases, we may not be able to control our physiological response to stimuli, like an increase in heart rate when meeting an Australian after your run-in with Taz.